Following on from Alice’s recent article Fair Trade and Fair Mined gold and the recent launch of Fairtrade gold. I thought id follow up on how the Artisanal miners mine their gold and how it has bettered their lives. 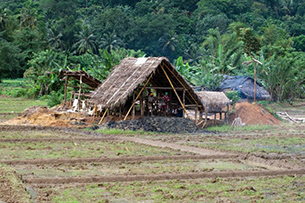 The jewellery market is such a big and global business. 70% of the newly mined gold is used for jewellery the remaining 30% is used for other goods such as electronic goods or dentistry equipment. The UK is the second largest market in Europe for gold jewellery most popular items being earrings, rings and necklaces.

Fairtrade gold is where artisanal miners are mining for the gold and not working for large scale mining companies which can sometimes be disastrous to the environment as well as for the workers who may be exposed to chemicals which can damage their health. An Artisanal and small scale miner will usually be self employed or be employed by a small team of artisanal miners. Those involved are usually men, women and children driven to artisanal mining for survival.

Artisanal mining is a high labour and low capital investment especially compared to the large scaled mining which is highly mechanised. Allowing the miners to work over a larger area and earn a better living as well as way of life. As they mine the area they then replant the environment ensuring as little destruction as possible.

The methods of gold mining vary according to the geographic environment, different types of the gold are found in different places such as riverbeds, flood plains and even rock as well as mines and the mining waste from large scale mining companies. Gold found in riverbeds can be mined using basic tools such as pans or spades being very similar to the traditional ancient gold mining techniques.

Hard rock mining which is when mining takes place under ground it is a more expensive way to mine as the need for tools, explosives and equipment is needed to physically remove the rock which contains the gold. This rock is referred to as an ore, this is then crushed, milled and ground to a finer powder so the gold can then extracted using either shaking tables or simple pans.

Both mercury and cyanide can be used to separate the gold but are quite costly resources, but if they are used in the wrong way can be extremely damaging to the workers health.

There are currently 200-300 tonnes of gold mined by 15 million artisanal miners but hopefully this is the beginning of a very exciting start to the gold industry.