Today in Western culture we accept that wedding and engagement rings are to be worn on the third finger of your left hand. Of course many of us don’t know why!, so we have put together a breakdown on that perfect placement. 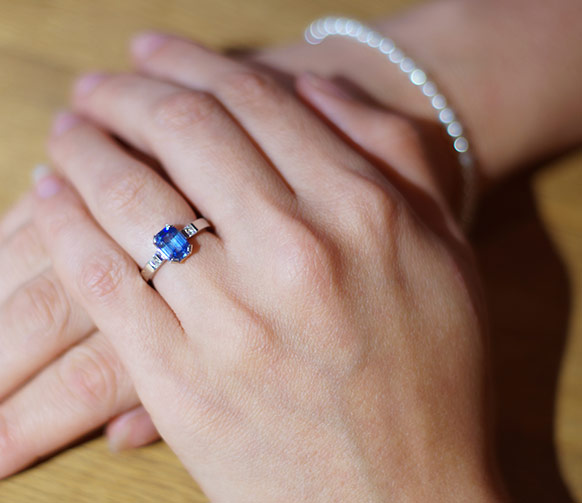 Ancient Romans believed that there was a vein running through the ring finger called the vena amoris which connected with the heart directly. This finger is also thought of as the ‘Apollo finger’ or ‘finger of the sun’. It was the Greek god Apollo who dragged the sun across the sky with his chariot each day!

Religion and its practice hold a great deal of influence with many wedding customs. In the 11th century it was common for rings to be blessed and placed on the bride’s left hand. Early Christian weddings involved it being moved from finger to finger to represent God as the Father, Son and Holy Spirit. Later these traditions became more lax and it was quite common for wedding and engagement rings to be placed anywhere... even on thumbs! In the Jewish wedding the groom will put the ring on his partner’s index finger, as it is thought to be the most important finger.

Today many people refer to the left hand as the ‘heart hand’ as it is this side of the body in which the heart is largest. The wedding band is worn here and is thought to symbolise the strength of love felt between partners. Countries such as Sweden and Finland also share in this tradition.

In a number of countries the wedding ring can reveal the marriage status e.g. a Greek Orthodox bride will wear a ring on her left initially and moves it to the right when she is married. Other countries wear their engagement ring and wedding ring on separate hands e.g. in the Netherlands Roman Catholics wear the wedding ring on the left and the engagement ring on the right hand, and Protestants wear them the opposite way around! Interestingly enough there are some countries which wear their wedding ring according to their gender. In Taiwan for example men wear a band on their left hand, whilst women wear theirs on their right hand.

Today it seems traditions across the world allow for you to pick and choose where you wear your ring. Western traditions are becoming wide spread; however the question really isn’t where should you wear it but where do you want to wear it!