Jane and Liz wanted wedding rings that would illustrate their love for their jobs in the science industry. While also matching their space-aged wedding theme that was to be held at their local space centre. They both wanted the same design inspired by traditional space posters that depict the orbits of the planets travelling around the sun. Each ring is set with a central citrine in a star shaped setting to represent the sun, while a smaller London blue topaz was invisibly set for the earth including its own smaller orbiting moon, represented by a grain of metal. Finally, a small diamond was invisibly set with subtle engraving indicating a passing comet. Liz's ring has been crafted from 9 carat white gold and the design has been hand engraved with orbits and has a 'moondust' finish which ties the design together. 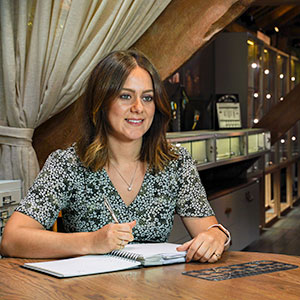 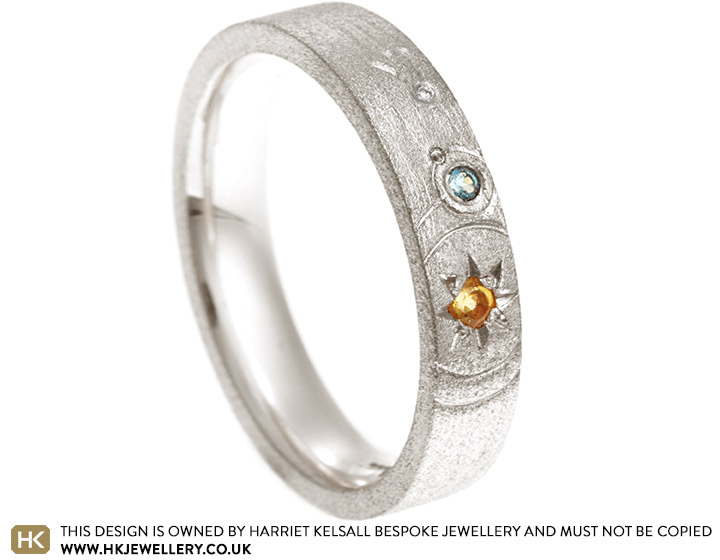