All these colourful sapphires are ready to be used in your commission. Click on each to see a short video. 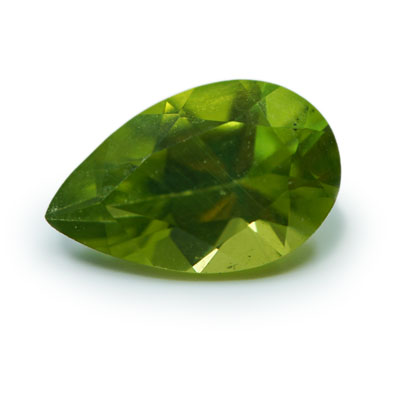 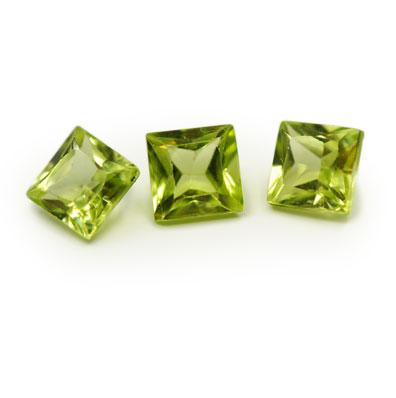 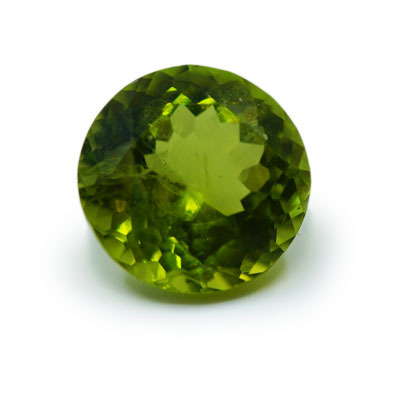 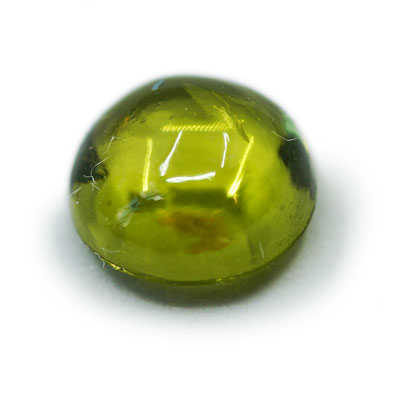 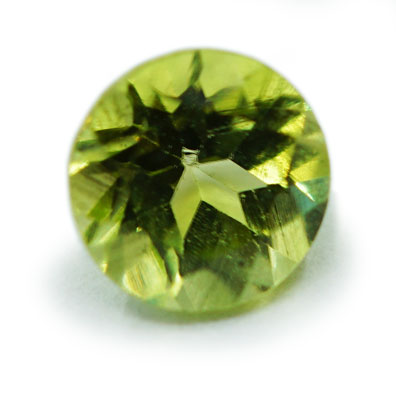 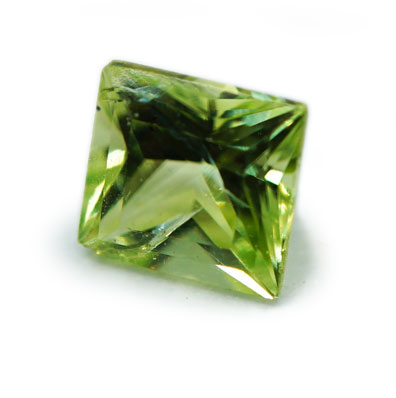 You can work with our designers online and view these peridots at home. Find out more. 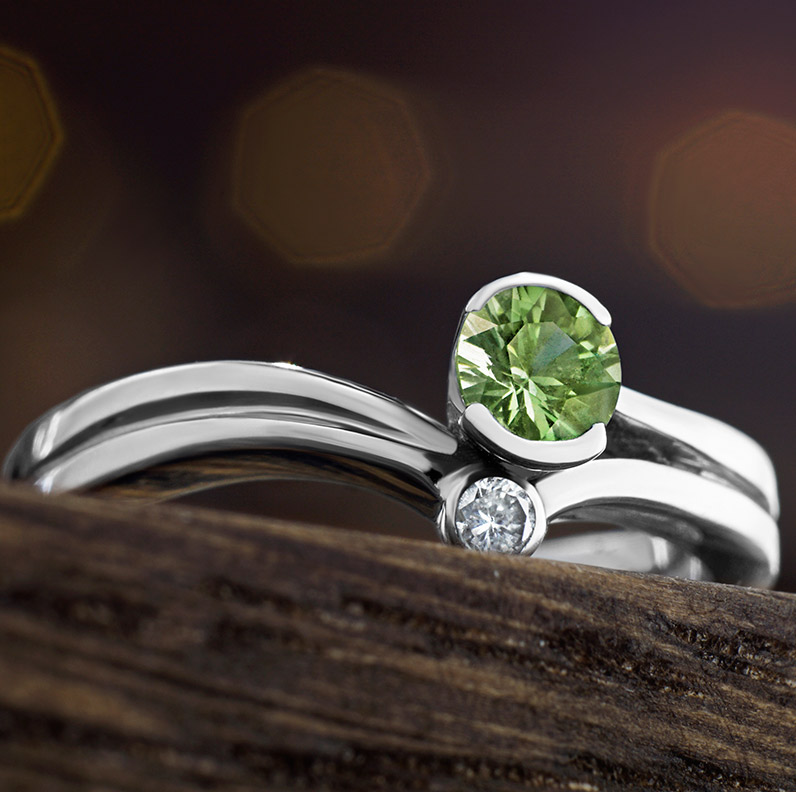 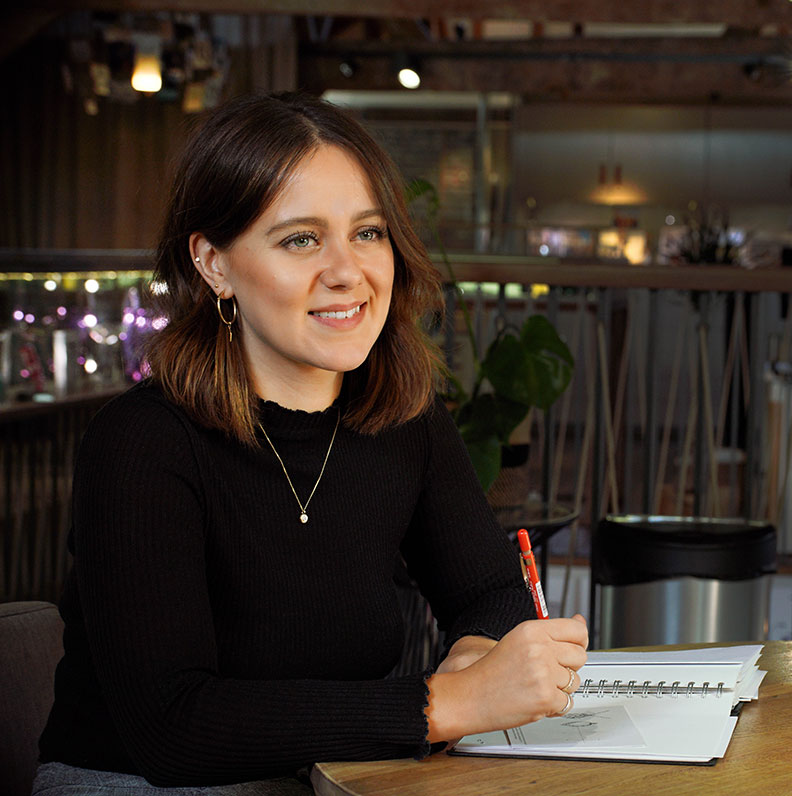 Peridot is the name given to gem quality specimens of the mineral olivine. It can be known as three different names- peridot, chrysolite (from the Greek gold stone) and olivine itself. The name peridot is from the Greek work 'peridona' which means 'to give richness'.

Peridot has an olive or bottle green colour due to the presence of iron. It is quite a vivid green and often has a slight tint of gold. It is often described as a Summer Green which coinsides with the fact that Peridot is the birthstone for the month of August. It is also the stone for the Zodiac sign of Libra. Peridot may be given as a gem on the 16th wedding anniversary.

Peridot is one of a few gemstones that come in one colour only. The chemical name of peridot is iron magnesium silicate. The intensity of the colour depends on the amount of iron present. The colour itself can vary from yellow green and olive to even brownish green.

Peridots can occur with cat's eyes and star peridot is especially rare and precious. The purer green a peridot is, the higher the value. Any tinge of brown greatly diminishes the price as well as visible flaws.

As a general rule peridot is not enhanced by heat treatment

Peridot is not particularly hard as it is only 6.5 to 7 on the Mohs scale so consideration should be given if you choose it for your engagement ring. However it is fairly robust and easy to look after.

Peridot is found on St John's Island in Egypt, in China, Burma, Brazil, Hawaii, Arizona, Australia, South Africa and Norway. The most beautiful stone comes from the border area between Pakistan and Afghanistan. Stones from East Burma, (now known as Myanmar) have a vivid light green colour and have very fine inclusions with a silky shine to them.

Currently, the US is the basis supplier of peridot to the world gemstone industry. Deposits in Arizona are the major source of US peridot. Peridot Mesa, located on the San Carlos Apache Indian Reservation east of Globe in Gila County, is the most productive locality for peridot in the world. The peridot occurs as individual grains and aggregates of grains in a basalt which is about 3 to 35 meters thick that forms the top and sides of Peridot Mesa. The material is recovered after it has weathered out of the basalt, in the gullies and canyons which lead down the sides of the Mesa or it is recovered in place in the basalt. The latter method of recovery requires drilling and blasting. The peridot grains that are commercially recovered are typically 6 to 13 millimeters in size. Therefore, the faceted stones produced from this material are generally about 1 ct in size; 2 to 3ct stones are not uncommon, but stones, particularly flawless ones, 5ct and over are unusual. Stones as large as 15 and 22ct have been cut from San Carlos peridot.

The Crusaders bought peridot to Europe in the middle ages, transporting stones from St John's Island in the Red Sea, where it has been mined for over 3500 years.

Peridot is a very old gemstone, which is now also very popular today. It can be found in Egyptian jewellery from the early 2nd millennium B.C. The stones that were used at that time came from a deposit on a small volcanic island in the Red Sea, about 45 miles from the Egyptian cost at Aswan. It was re-discovered in the early 1900s and has been exhausted for quite some time.

Ancient Romans loved this stone due to the radiant green shine that doesn't change in artificial light. They even nicknamed it the 'emerald of the evening'. Peridot can be found in Europe in medieval churches, for example in the shrines of the Cologne Cathedral. It is also mentioned in the Bible under the name of Chrysolite. Legend also says that peridot was one of the favourite gemstones of Cleopatra and that some of her 'emeralds' were in fact peridot.

Peridot can also be called a modern gemstone as it was not until a few years ago that peridot deposits were found in the Kashmir region. Stones from this region tend to be of particular beauty and have a good transparency.

During the middle of the 1990s peridot was the biggest sensation at all the gemstone fairs in the world. The was due to the discovery of some of the finest peridots ever found, up on a mountain in Pakistan, some 4000 metres high! Due to the extreme weather conditions these stones could only be mined during the summer months and the unusually large fine crystals were bought down into the valley. The deposits were so rich and the quality so high that the increased demand for peridot could easily be met. In order to emphasise the special quality, these peridots were now to be know as the 'Kashmir Peridot', following after the famous Kashmir sapphires. Cutters have even been able to cut some unique stones from the large crystals that are more than 100ct.

Peridots were a prized gem late in the Ottoman empire (1300-1918). Turkish Sultans collected what is believed to be the world's largest collection. The gold throne in Istanbul's Topkapi museum is decorated with 955 Peridot cabochons (gems or beads cut in convex form and highly polished) up to 1 inch across, and there are also peridots used as turban ornaments and on jeweled boxes. The largest stone is believed to be a 310ct gem that belongs to the Smithsonian. A 192ct stone of fine clear olive-green is part of the Russian crown jewels, in the Kremlin.

It is available in step cuts and cabochon cuts. It is cut in accordance to its crystal shape and therefore is mostly faceted or in classical table cut-rounds or antique as an octahedron or oval. Smaller crystals are cut into standard series stones and larger ones can be cut more imaginatively, Cabochons are made if the material contains more inclusions, with the domed cut bringing out the fine silky shine of the inclusions.

The bright green, yellow-green to olive-green peridot is used both as a faceted and tumbled gem. The faceted stones are used in rings, earrings, pendants, bracelets, and as accent stones. The tumbled gems can be set in baroque jewellery, drilled and strung as beads, used in mosaics, and in the manufacture of gem trees. The gemstone is not easy for the cutters to work with. The raw crystal can be very tricky and can crack easily. There is often a good amount of tension on the inside of the crystal. Once the cutter has removed the coarser inclusions, peridot can become a good wearing stone which doesn't require any particularly special care.

There isn't a lot of mythology connected with peridot but according to folklore, peridot brings its wearer success, peace and good luck. Native Hawaiians also referred to peridot crystals as the tears of Pele, their goddess of fire. It's powers include health, protection and sleep. The advantages of peridot are to attract love and calm anger while soothing nerves and dispelling negative emotions. The Peridot was regarded since ancient times as the symbol of the sun. The Greeks believed that it brought royal dignity upon its wearer.