Topaz of any type is a good jewellery stone and it is historically one of the most important gemstones. With its relatively high refractive index and hardness of eight (Mohs scale), with no special sensitivity to chemicals it can be used, with appropriate care (should be protected from hard knocks), in any jewellery application.

The name topaz is most probably derived from an island in the Red Sea, 'Topazos', today called Zabargad, the ancient source of peridot. In former times all golden-brown and sometimes also green gemstones were called topaz, which caused sufficient confusion such that today real topaz is referred to as precious topaz.

Topaz is the birthstone for those who are born in the month of November.

Topaz Colours
Topaz comes in many colours, including clear, brown, yellow, orange, red, pink and blue. The blue topaz, with a pale to medium blue colour created by irradiation, can be found in very large sizes at affordable prices. The fine golden-yellow variety, known as Imperial Topaz, is relatively scarce. Topaz colours are rarely vivid. The most common colour is yellow with a red tint; the most valuable is pink to reddish; the most popular is blue. The colouring agents are iron and chromium.

*Blue topaz: Natural blue topaz is rare. Found in all major deposits and also in England (Cornwall), Northern Ireland and Scotland. Most of the blue topazes are enhanced colourless topaz gemstone.
*Champagne topaz: One of the very few naturally coloured varieties of topaz in a light to medium shade of brown, primarily found in Mexico.
*Imperial topaz: The most sought after of all natural topaz. Its rich golden colour is generally not enhanced by any kind of treatment. The most important deposit was found in Minas Gerais, Brazil.
*Pink topaz: A natural pink topaz is very rare and costly. The vast majority of pink topazes are heat-treated yellow stones that turn pink. The most valuable variety of topaz can be found in Brazil, Pakistan and Russia.
*Mystic topaz: is colourless topaz which has been artificially coated giving it the desired rainbow effect.

Famous Topaz
Perhaps the most famous topaz is a giant specimen set in the Portuguese Crown, the 'Braganza', which was first thought to be a diamond. There is also a beautiful topaz set in the Green Vault in Dresden, one of the world's important gem collections.
Topaz can be found in astonishing big sizes. In 1964 blue topazes were found in the Ukraine, each weighing about 100 kg. The Smithsonian Institution in Washington D.C. displays cut topaz of several thousand carats each. A faceted topaz weighing 22,892.50 carats, making it the largest cut yellow topaz in the world.

Topaz myths and legends
The Egyptians believed that topaz was coloured with the golden glow of the mighty Sun God Ra. This made topaz a very powerful amulet that protected the faithful against harm. The Romans associated topaz with Jupiter, their God of the Sun.
In ancient times it was believed that topaz helps to improve the eyesight. The Greeks trusted topaz's supernatural power to increase strength and make its wearer invisible in times of emergency. Topaz was also said to change colour in the presence of poisoned food or drink. Its mystical curative powers changed with the phases of the moon. It was said to cure insomnia, asthma, and haemorrhages.

In Antiquity, as well as in the Middle Ages one believed that the cosmos reflects in the gemstones. The topaz is assigned to planet Venus. The esoteric movement revived the ancient believe and the gem industry made it another marketing tool to promote certain gems.

Symbolism, Significance and Properties of Topaz

The properties with which the Topaz, the birthstone of the Zodiac sign of Scorpio, is associated are as follows:

Healing Properties of the Topaz

The healing properties of the Scorpio birthstone are reputed to be effective for health problems relating to: 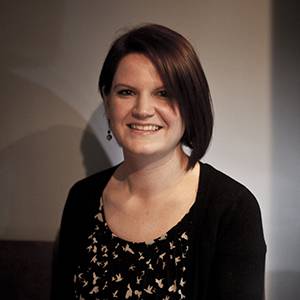