Rhian had several old pieces of jewellery in her jewellery box which she inherited or no longer wore. Many of them were set with diamonds and other gemstones and she felt they were too good to be in the draw not being worn so she decided to ask about the possibility of re-designing them into something new. We spoke about the style of rings she felt she would get more wear out of and quickly came up with the idea of three stacking rings to represent her children. Having three rings also we had plenty of opportunity to use all the lovely diamonds across each of them. Each ring has it’s own character including one band which is hammered with equally spaced diamonds all around it, one which is polished and channel set with diamonds and one which is scatter set with diamonds. Each ring has one of her children’s initials and birth dates engraved inside. The low profile of the settings allows for daily wear and suits Rhian’s lifestyle. Our goldsmiths made the ring using Rhian’s own gold but mixed it with a little rose gold to make it redder in tone to suit Rhian’s lovey of rose gold metal. 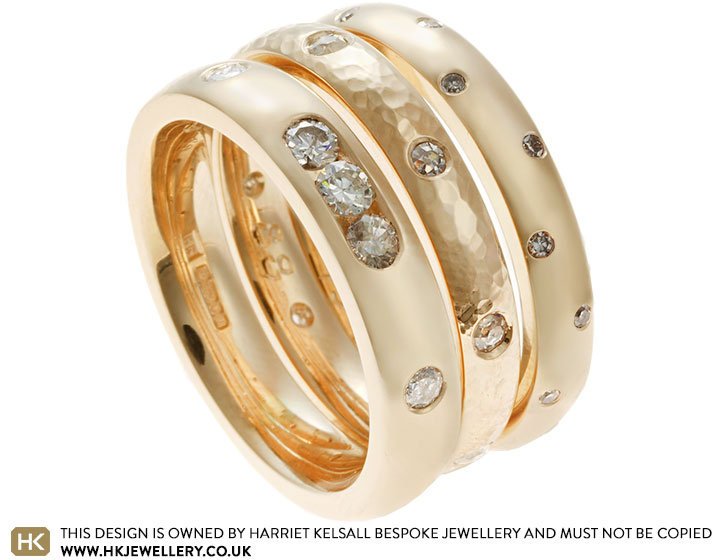